Some easy techniques for form design can prevent errors from occurring at the point of data collection.  As an example, imagine that you have to collect the respondent's age.  Many people would create a numeric question for this purpose.

To reduce errors in this numeric "age" question, one approach would be to set range limits: you can specify that the entered number must be between, say, 18 and 60, as shown here in the Magpi form designer:

In this case, the person designing the form has actually used two ways to limit responses: first, by choosing an "integer" question type (rather than decimal) she prevents any decimal numbers from being entered.  And second, by entering the range limits of 18 to 60, she prevents any entries outside that range. 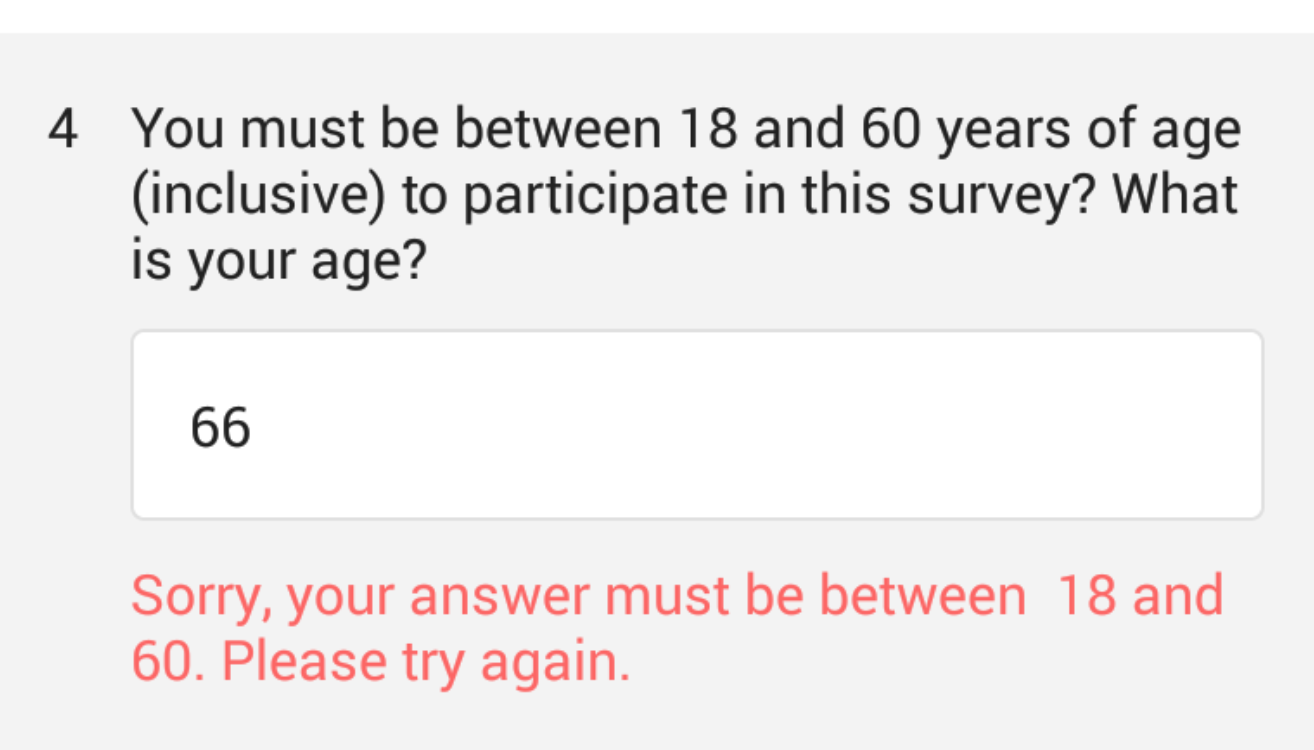 This can add time and frustration to the data collection process.

Luckily, there is another way to collect the age data but without that risk of error: by collecting using multiple choice questions.  For our example above, two approaches might be possible:

It's certainly possible to go with #1 above, which would look something like this: 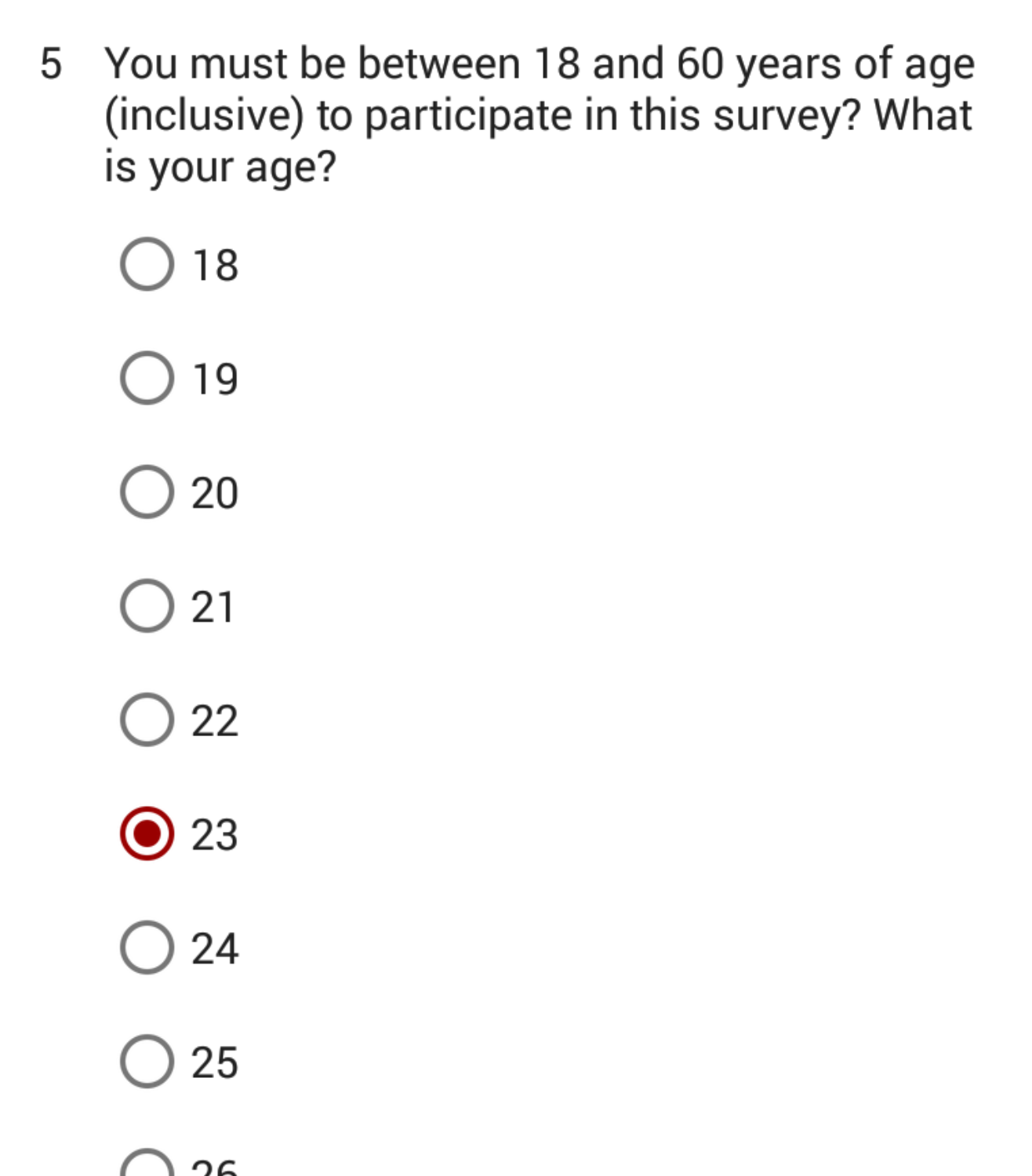 The only downside here is that there are so many options that the user may have to scroll to find the correct one.  The advantage over using an integer question, though, is that all of the possible choices are within the range: out-of-range errors are prevented.

#2, above - separating the ages into groups - is even better, however, because it reduces the number of possible options, thereby reducing both possible mistaken entries and also reducing scrolling: 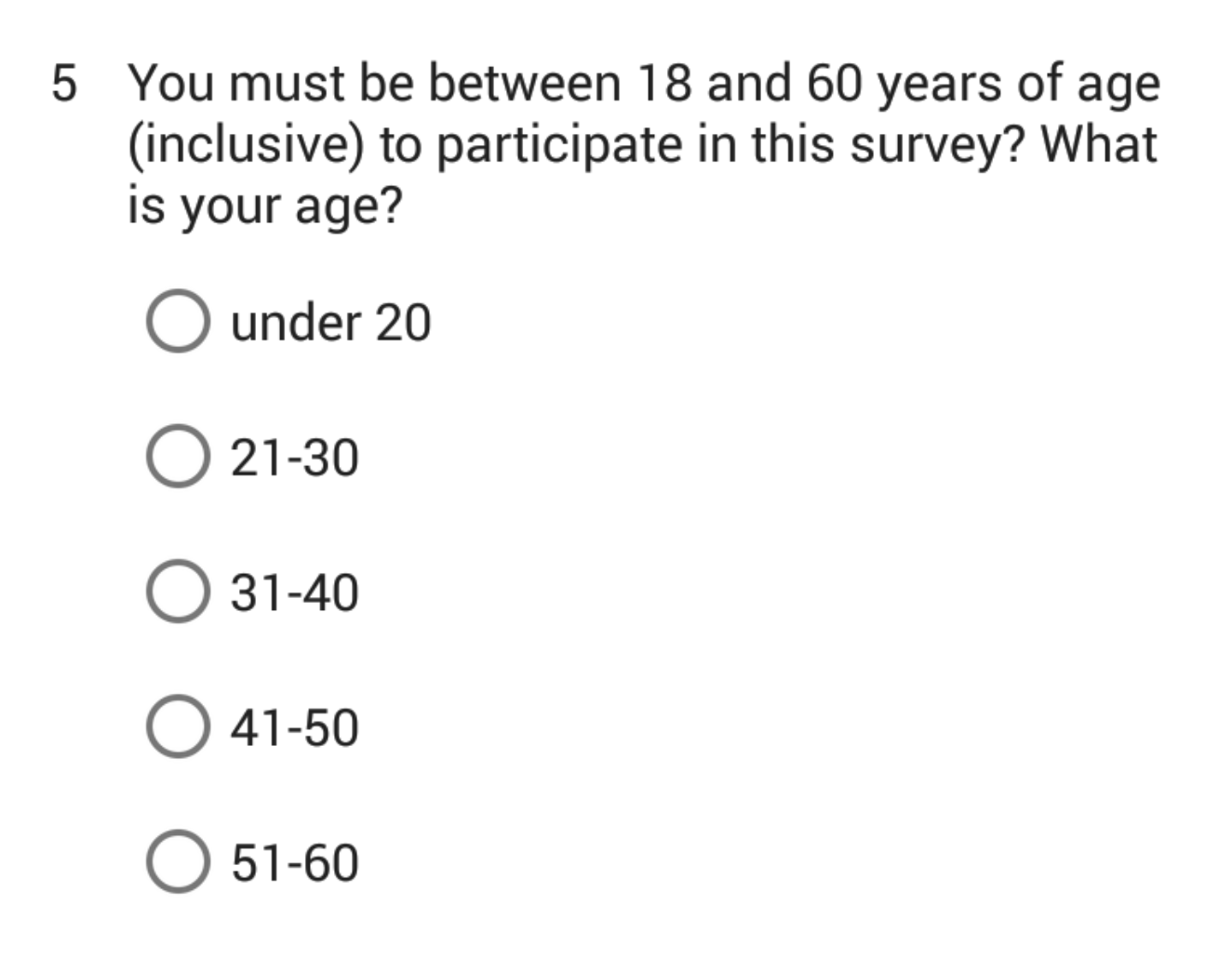 Of course, sometimes you really want to collect the age as a continuous variable (as in the #1, above), but there is rarely if ever a reason to collect it as an integer.