Magpi's reporting and data visualization system allows Magpi Pro and Enterprise users to create beautiful customizable reports without programming, much as you create Magpi forms.  You can read about Magpi Reports here, or watch an intro video here.

Just as you can create a Magpi form by making a list of questions, in Magpi Reports you make a list of "report elements".  We will be adding more report elements over time.  Here is the current "Insert Form Element" menu:

Text – a text element can be used to enter plain text, or else to enter HTML code (if the user knows any HTML).  Although HTML is optional, the benefit is that it can be used to add web links, videos, external images (which can also be added using the "External" element) to modify the size/color/font of the text, etc.

Cross Tab (multiple choice questions: radio button, dropdown , checkbox) - a cross tab (also called a "cross tabulation" or "contingency table"), is a table that shows the frequencies of two variables at once.  Here's an example: 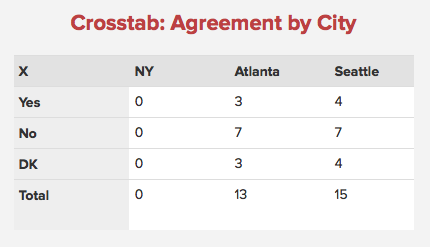 Crosstabs can be shown as a table, or a stacked or grouped bar or column chart.

Frequency (multiple choice questions: radio button, dropdown , checkbox) – a frequency element shows the frequency of responses to a single variable (as opposed to the cross tab, which shows two variables).  Frequencies can be shown as a table, or as a variety of graph types. Here are two examples: 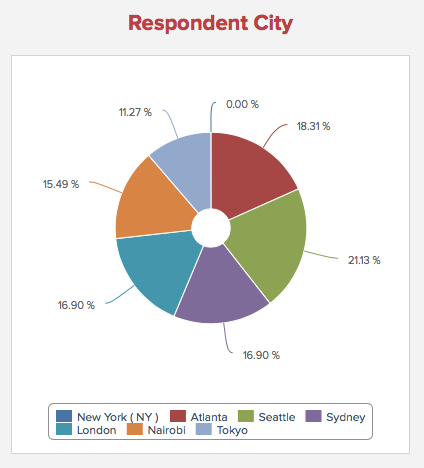 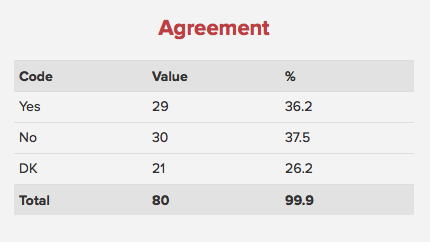 Frequency with Drilldown - for Frequency report elements, which display the responses to a single multiple choice question, it is possible to include a “drilldown” question.  This allows the report viewer to click on a report chart segment and “drill down” to a second variable.

For example, in the frequency donut chart above you might specify “Gender” as the drilldown variable when creating the report element. That would allow you to click on a segment – for example, the segment representing a response of "London" – and then see a second graph showing you the gender responses for those who chose London.

You can see a live example of a drilldown chart in this sample report.  Just view the donut chart titled "Agreement by Respondent City" and try clicking on any of the chart segments. 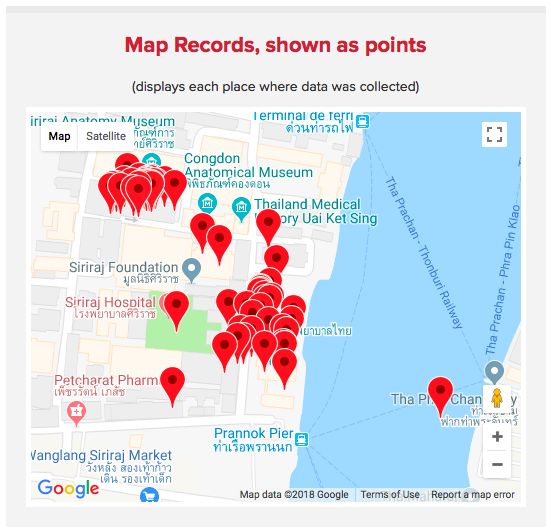 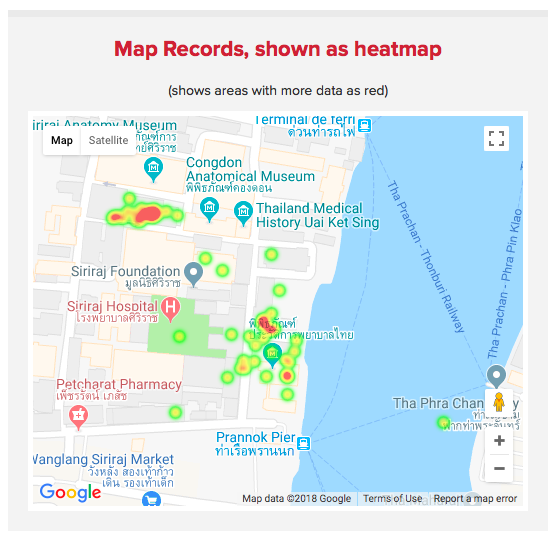 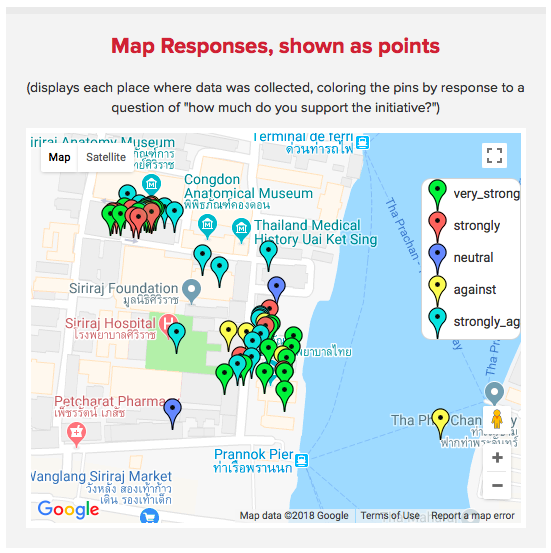 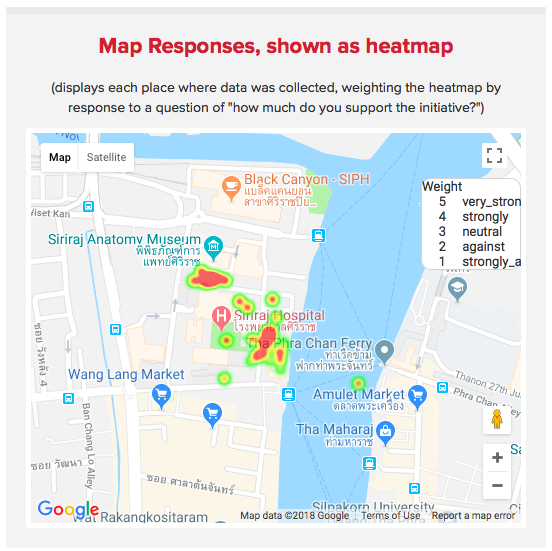 Note: if you use Map Responses for a checkbox question (in which the respondent can pick more than one answer), it is not possible to graph on a single map.  For example, if a respondent chose "apples" and "oranges" as some of their favorite fruits, and the map is going to show apples as one color pin, and oranges as a different color, it cannot have a pin that is both colors.  So, for checkbox questions mapped as Map Responses, Magpi treats each option (apples, oranges, etc) as a Yes/No question, and will produce a map for each option, showing the Yes/No responses to that option: one map for apples, one for oranges, etc.

Records by Time – Records by Time displays a column graph with time on the X axis, and the number of data records collected on the Y axis.  Here is an example: 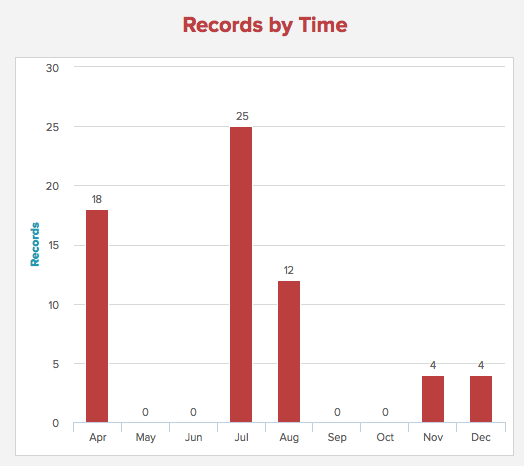 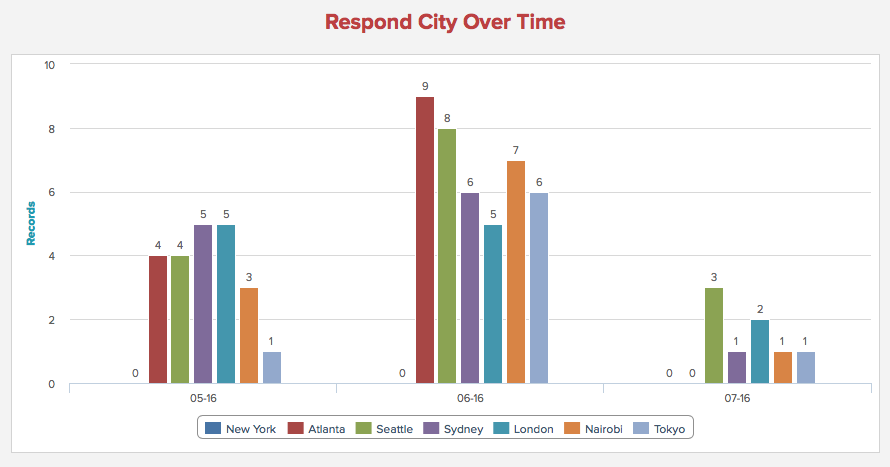 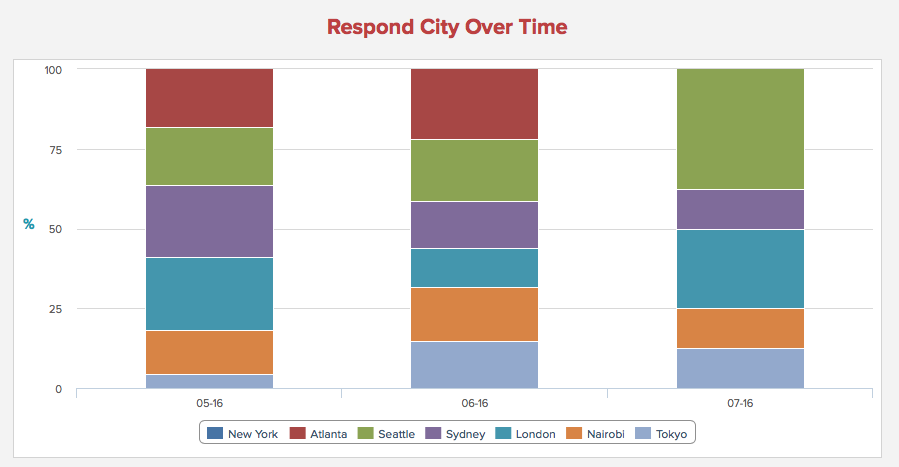 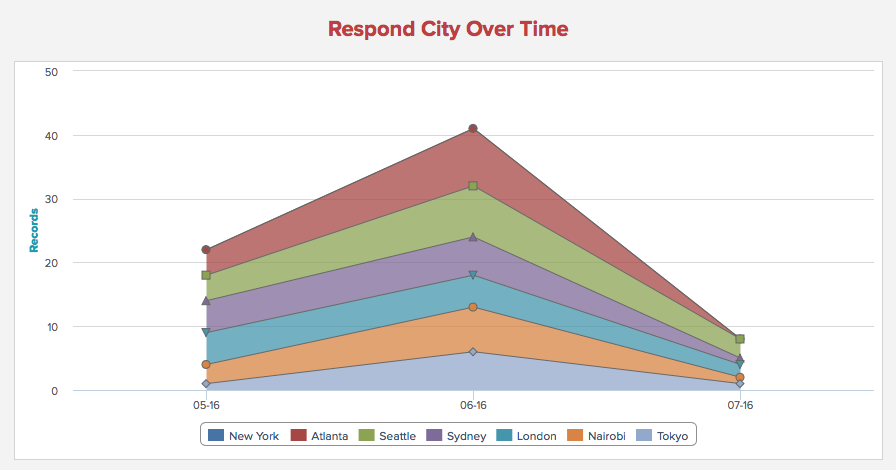 List of Records – List of Records allows you to include raw data in a report.  You have the option of hiding any sensitive or confidential or other information.
Histogram (numeric questions) – A histogram is a graphical representation of the distribution of numerical data. Read more.  Here is an example of a histogram for a numeric variable (age): 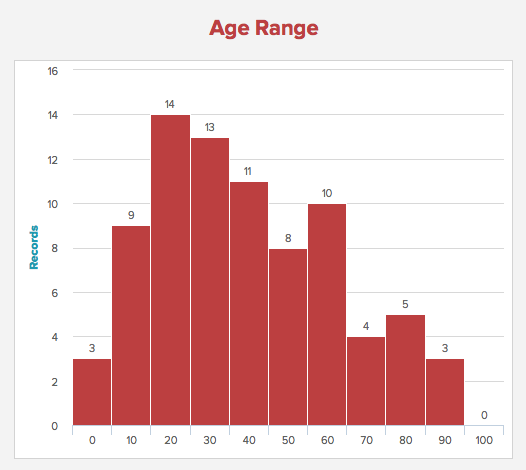 Meter – A meter element displays the data records collected, compared with a goal that is either automatically set by Magpi, or set by the report designer.  We will be adding new variations of the meter element soon.  Here is an example showing that 9 records have been collected, towards a goal of 10: 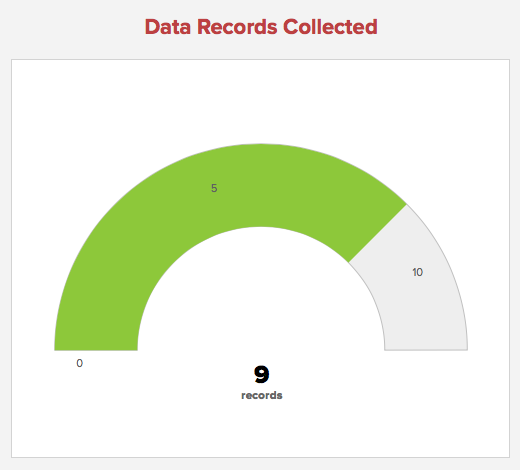 These are just the current report elements.  We would love to hear from you regarding additional elements that would be of use, or changes to these element.  Click here to contact us. Thanks!