How to Create and Deploy an IVR Form with Magpi Print

Magpi now allows users to collect information by means of IVR (interactive voice response). This article will explain how create an IVR form in Magpi.

If you have ever created a Magpi mobile data collection form, then you already know 90% of what is needed, because IVR systems use the same forms as you might already be using with the Magpi mobile app.  If you don't know how to create a Magpi form, you may find it helpful to watch our Magpi Data Collection Basics video.

Magpi IVR systems use the same form designer as any other Magpi form, but the interface for the respondent is very different.  The respondent receives a phone call, and during the phone call:

IMPORTANT: IVR responses can be single or multiple-digit numbers.
Question Types that Apply to IVR

Example: Collecting Satisfaction Information from a Customer or Beneficiary

As an example: suppose that your have provided some good or service to a person at your store, and as part of the transaction you obtained their phone number.  You can then use Magpi IVR to perform followup activities with that person.  Below is an example.  Note that there is no "data collector" when IVR is used: there is just the Magpi system, speaking the questions, and the respondent on the phone pressing numeric answers. 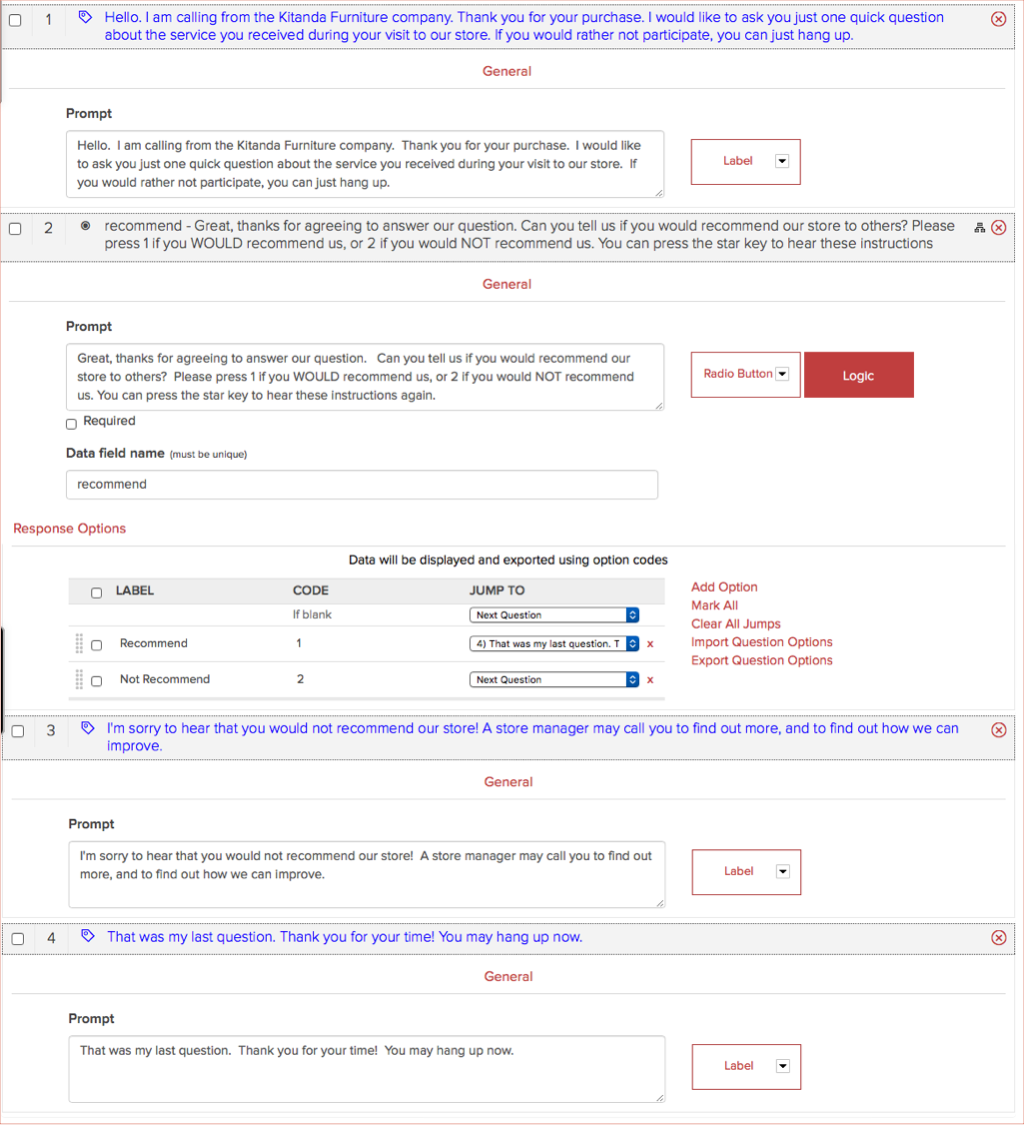 You'll notice a few things in the IVR form above:

Deploying a Magpi IVR form is very easy and is done by opening your form in Magpi and then navigating to the Share tab and then to the Interactive Voice Response sub-tab.  Just enter the recipient numbers, specify the timing, and then click the "Initiate IVR Sharing" button.  Within 60 seconds of the specified timing, the calls will be automatically made.

In the screenshot above, showing the Share tab, you'll notice an "IVR language" pulldown menu.  Currently, the 17 available languages for Magpi IVR are: 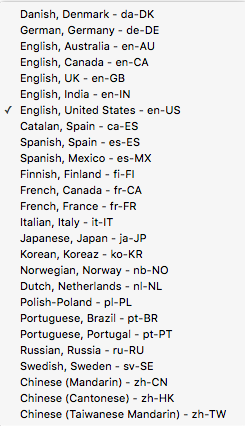 Notice that for several languages you can choose among various accents (e.g. UK or Indian or American English).

Watch and Listen to Magpi IVR in Action

This audio/video file lets you listen to someone listening to and responding to the IVR form shown above.