Available for paid Magpi users with the Magpi+ ("Magpi Plus") app for Android and iOS.

With the introduction of the Magpi+ mobile app, paid Magpi users can now capture barcode and QR code information using the built-in camera on their mobile device. The value captured will be saved as a number. 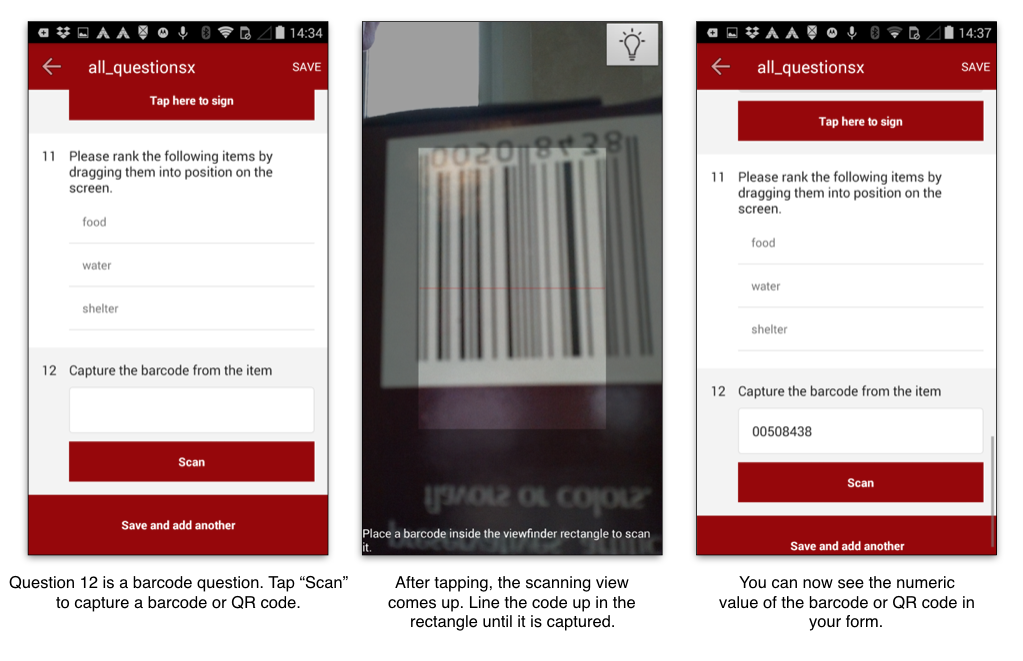 Note that the appearance of the scanning view will differ somewhat, depending on the model of mobile device being used.