Mapping and Geodata in Magpi Print

Capturing Geodata on the Magpi Plus Mobile App

The Magpi Plus mobile app (download) allows the field data collector to acquire geodata in the field easily.  When answering a GPS question inserted in a Magpi form, the data collector will see the question prompt (e.g. "Please record the location") and by tapping the GPS button they will see a map and can

- tap Save Location to record the GPS coordinates 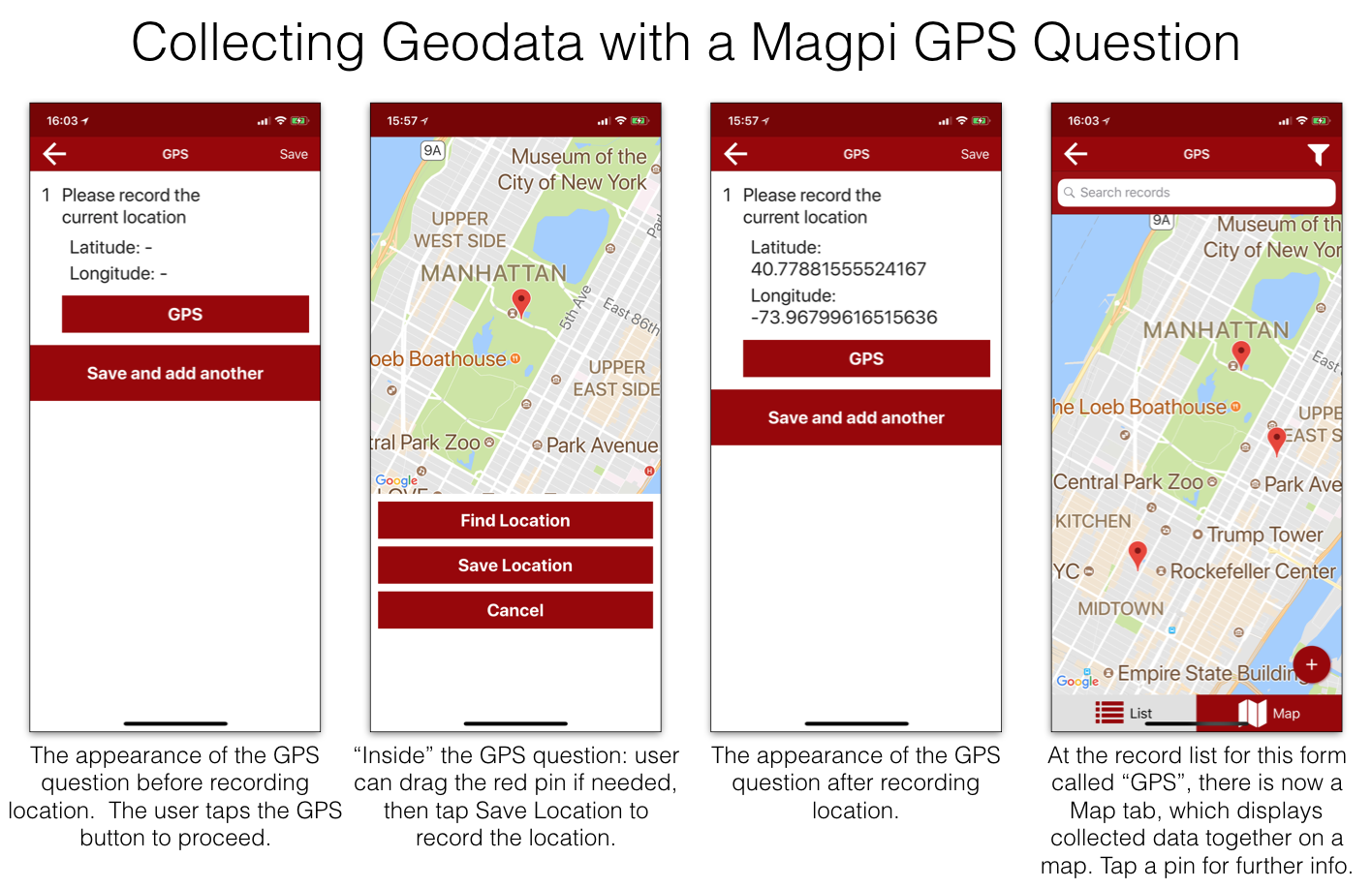 Note: most smartphones use a combination of three location services to find your location: GPS + cell towers + wifi hotspots.  If you turn on airplane mode, it may turn off all of these — in which case you'll need to manually turn on GPS.  At least GPS must be enabled to find your location (GPS is a satellite service and does not use wifi or internet or cellular data).

Magpi's report feature allows for several different map visualizations, and below is a summary.  We recommend that you download and view the Magpi

Magpi Report & Dashboard Guide for a full description of how to design Magpi Reports.

Magpi allows you to visualize collected geodata in four ways:

We've always had the ability to display a map with points for each place that a form was filled, using the "Map Records" element in Magpi Reports (click image to enlarge):

but now we've added the option to display that same data as a heatmap, rather than data points.  This means that areas with more data points will appear more intense/red:

This is called an "unweighted heatmap", because it does not change (or "weight") the color based on the question response.

Analogously to the Map Records information above, Magpi has had the ability to show the responses to a multiple choice question as color-coded pins for several years:

and now we've added a second way to view the same information, as a heatmap which applies different intensity depending on the responses to the question:

This is called a "weighted heatmap," because the intensity of the heatmap depends on the answer to a multiple-choice question plus the density of map points. To produce a weighted heatmap for any form, just add a "Map Responses" report element (the "responses" part means that it will take into account the answers to a multiple choice question).  Note that the heatmap calculates color based on the answer to the multiple choice question.  For example, if the potential responses to the question are: