As of version 6.1 (released April 2019), the Magpi+ mobile app now has a choice of two form-viewing modes:

2 - single question view (SQV) — similar to the classic Magpi interface, and requires less memory than the default scrolling view, so better for low-end devices and long or complex forms. 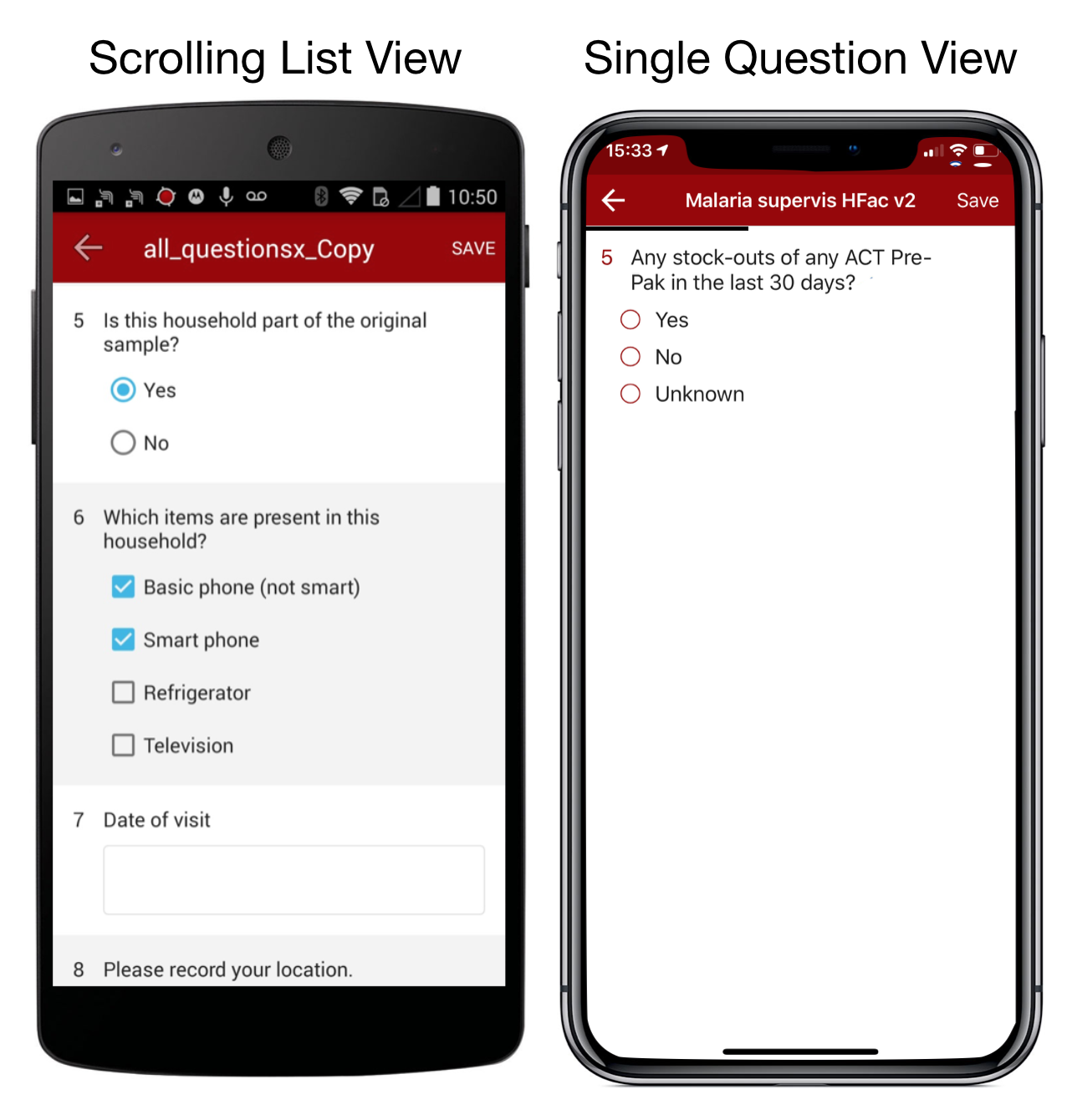 In order to navigate quickly through a form, SQV users can tap the question text to pull up a quick scrolling "jump-to" list showing them all the non-skipped questions in their form (if questions are hidden to them because of previously-entered answers, they will be hidden in the jump-to popup window, too). 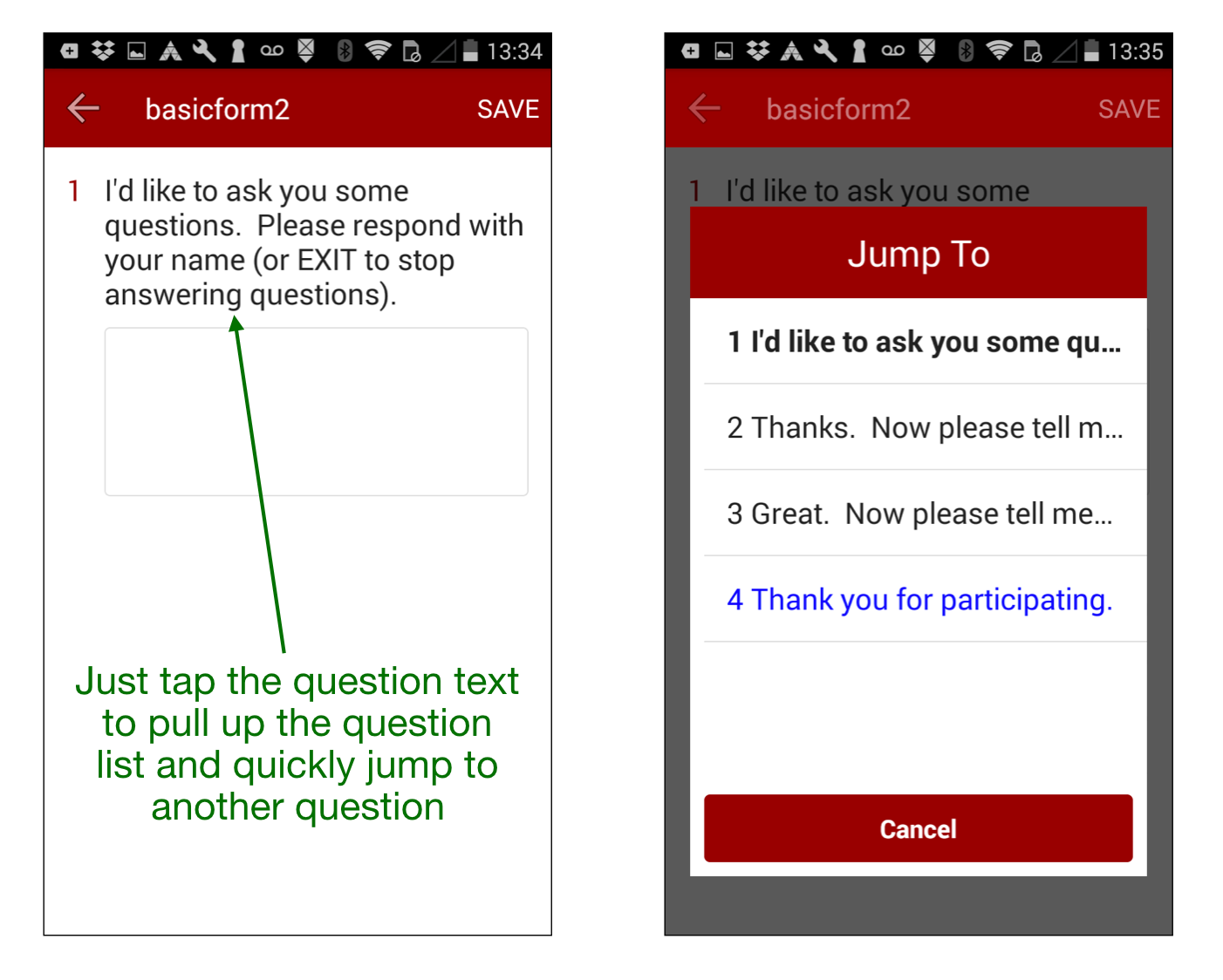 How do I try single question view? 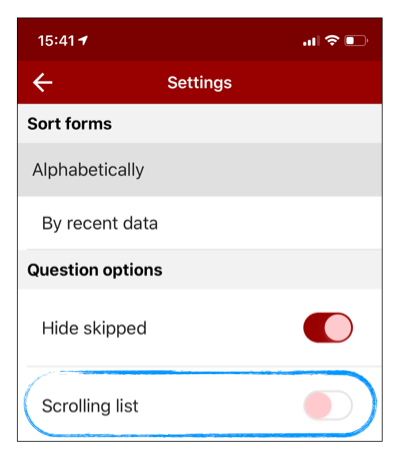