Magpi+ ("Magpi Plus") will allow you to save data records with errors in them, but will not upload/sync those data records to the web.  These errors could include:

When you try to save such a data record, Magpi will tell you "The form contains invalid answers and won't sync to server."  It will give you two options:

If you choose to "save invalid", those invalid records (ie records with invalid answers) are shown in the record list with a red exclamation point icon.  You see this in the example below, where the record containing "456" is shown in red (indicating that it has not been uploaded) with a red exclamation point icon (indicating that it contains at least one invalid answer): 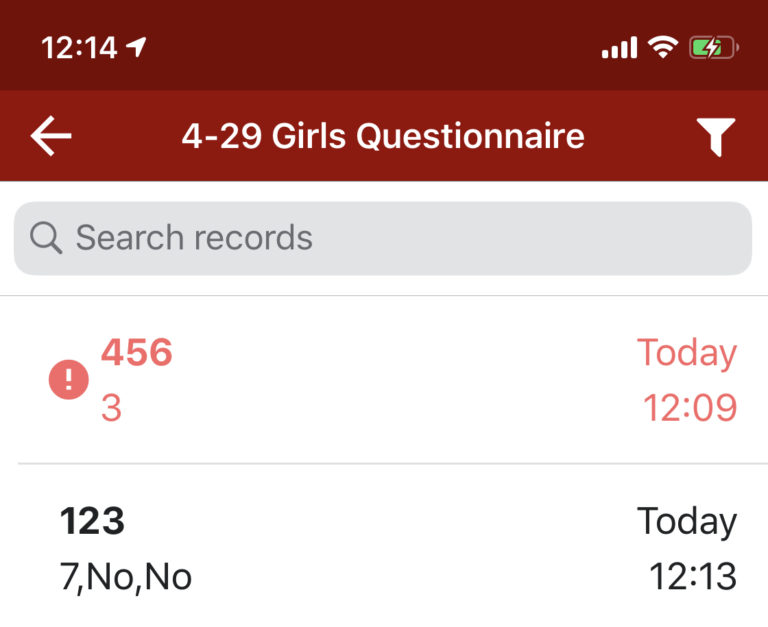 Those forms with invalid records of this type are also indicated in the form list: 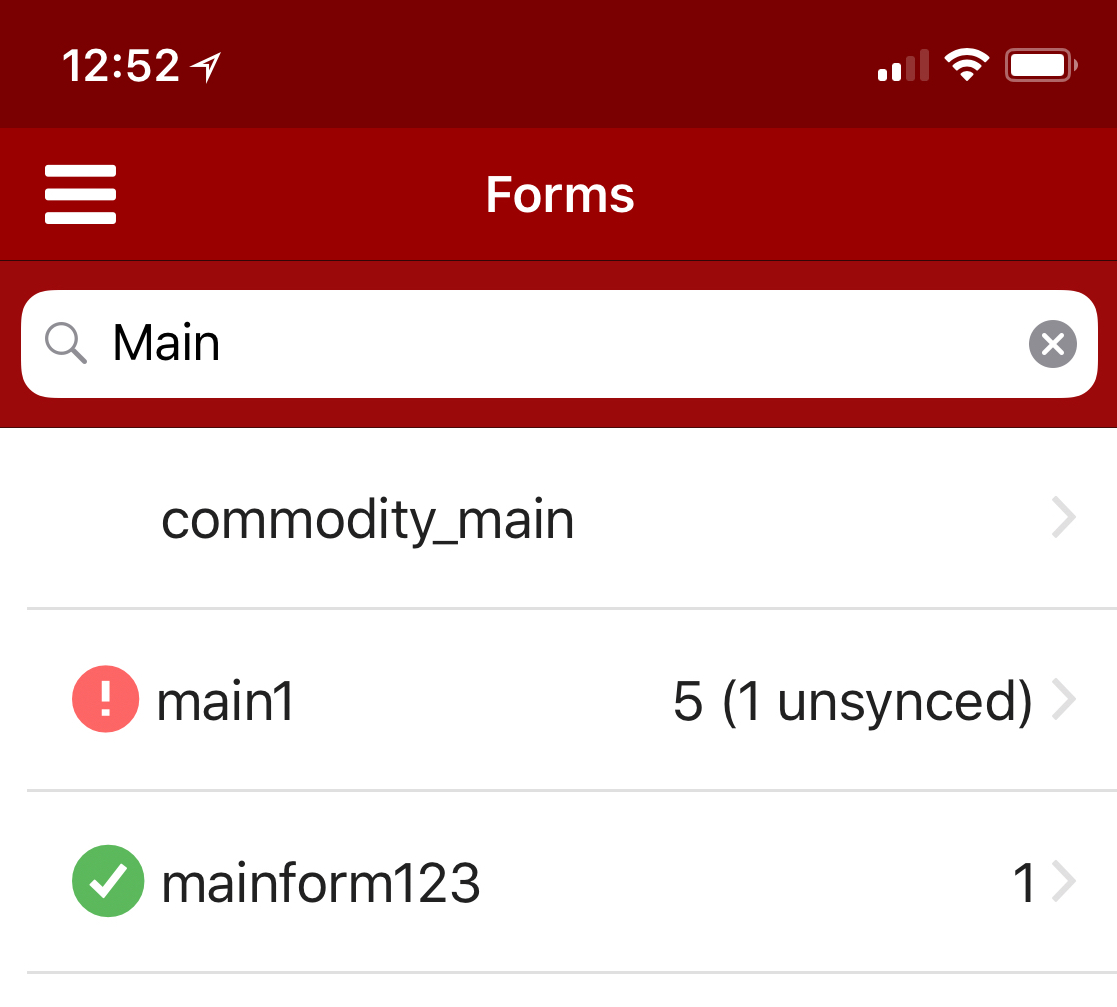 The choice of either "Save Invalid" or "Cancel and Fix" are illustrated here (click the image to enlarge): 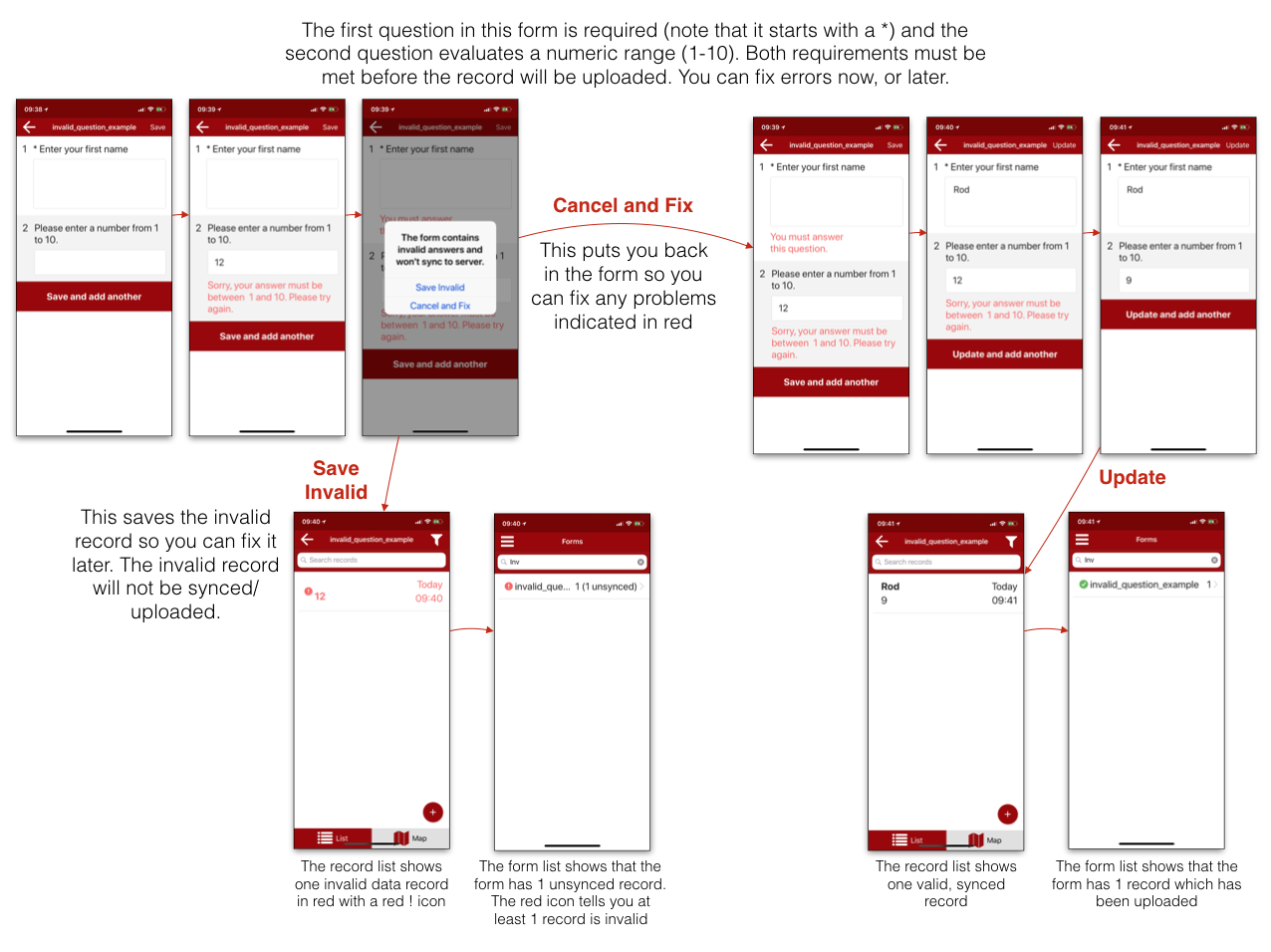 Introduced in 2020, Magpi now makes it easier to find those questions with invalid answers.  When you view a form that contains invalid answers, Magpi now provides a black navigation bar at the bottom of the screen.  Tapping the forward arrow takes you to the next invalid response. Tapping the back arrow takes you to the previous invalid response. In this way, you can easily find and fix any problems. 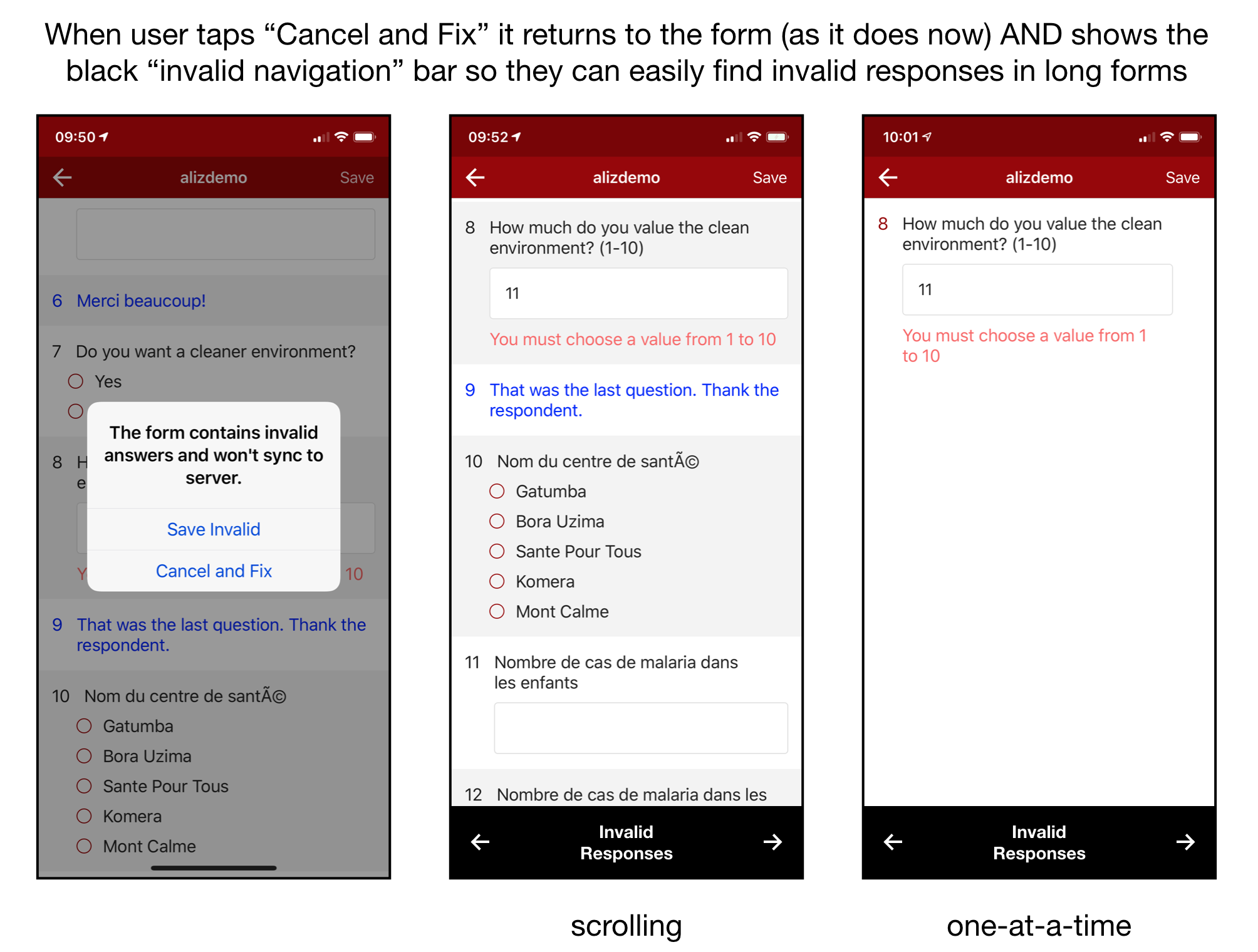 Learn more about Magpi Plus.
J
Joel is the author of this solution article.